“VENICE has a surprisingly compact design which allows easier shooting in confined spaces or on drones. VENICE’s control buttons reflect the requirements of camera operators, carefully positioned for intuitive operation. They even illuminate for easy use on dark sets. On-set monitoring operation is further enhanced by the addition of an extra HD output alongside the standard 4K-SDI. VENICE can be powered by both 12 V and 24 V power sources that can be connected at the rear. A wide range of accessories are supported, including standard Fischer connectors. For enhanced durability in tough conditions, the viewfinder uses a LEMO connector.” 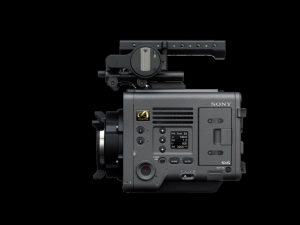 We were lucky enough to get to see and demo the camera the other day, and here is what our cinema camera rentals department heads had to say about it.

Gene Duggan, Director of Sales and New Business, “My initial thoughts on the Sony Venice were,

I can see our clientele using this for promos, VFX, feature films, television and commercial work. Out of all of our cinema camera rentals, this camera will be able to handle all of the above.

I am extremely excited for this to arrive in the beginning of 2018. In addition to our existing clientele this camera will open up industry doors that previously have been shut. 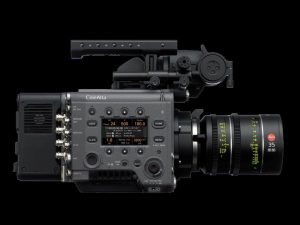 From the short film and the behind the scenes extras we saw at the Sony launch party, the Sony Venice is extremely user friendly and has the same menu structure as previous models. I think it was very smart of Sony to identify what works from other camera manufacturers, for example, putting the menu screen on the “dumb” side of the camera.

The Sony launch party was very well done and well attended by a lot of Hollywood DP’s and executives. Sony brought in the top brass from Japan and I believe they were excited by what they saw. The event must have had close to or maybe even more than 500 people. It was good to mingle w/some of the top DPs, executives, and AC’s in the industry.”

Patel, Head of Engineering discussed, “Sony has finally entered in to FULL FRAME 6K Digital Motion Picture Camera. The sensor is state of the art in technology, performance, dynamic range and color gamut. The sensor is CMOS with effective 24.4M effective pixels. (6048 X 4032)

The Main applications that I see for our clients are feature films, anamorphic look, commercials, high-end dramas, aerial shoots and live events like concerts.

I would be excited to have this camera in Imagecraft’s inventory, but the right lens choice is also important for each different application.

To read more about the Sony Venice, you can follow this link to the Sony site: http://bit.ly/Sony_Venice

Lighting, Grip and Electric, Every Production’s Must Have List Here’s Why Our ARRI Amira Rental Cameras Popular with Industry Professionals